Michael Cassidy [Mangalananda] was born May 16, 1949 in Manchester, New Hampshire. His mother, Gabrielle, was a singer and his grandmother a published songwriter. After Michael’s mother passed away, his father, Edward, reenlisted in the military. Traveling with his Dad all over America and Europe formed Michael’s eclectic spirit.

He got the idea to play music when he was nine. At a wedding reception, he saw a guitarist playing “Walk, Don’t Run” on a candy-apple red Gretsch. “If the desire in my heart to play music was the fuel, then that red Gretsch was the spark,” Michael says. He’s been playing and writing music ever since.

Early-on he liked the surfing sounds of Dwayne Eddy, the Ventures, and the Safaris. Later his tastes expanded to the finger-styles of Charlie Byrd, Jose Feliciano, and Carlos Jobim. “My Dad’s record collection was mostly jazz and standards from his own generation. Hearing that music influenced the melodic and harmonic aspects of my composition. Bob Dylan, Joni Mitchell, and Leonard Cohen inspired me to express myself with words.”

Although his writing deals with the day-to-day, Michael doesn’t avoid the big questions. “The content of my work is based on a universal philosophy, life experiences, and realizations. I’ve always found resolution in the wisdom traditions of the East.” Michael was introduced to the study of philosophy and meditation in the 60s, and their positive results are reflected in his life and music.

In 1971, Michael became an initiated disciple of A. C. Bhaktivedanta Swami, the renowned scholar who translated Bhagavad-gita: As It Is, the jewel of India’s spiritual wisdom. The combination of studying the teachings of bhakti-yoga and practicing the disciplines became a continuous source of inspiration and enlightenment for Michael. He had the opportunity to debut his work prior to his first indie release, A Change of Heart. In an intimate meeting with his spiritual teacher in 1975, his guru was very pleased and blessed the project. A Change of Heart was released in 1976 followed by four more albums between 1977 and 1985.

After raising his family, Michael came back to his love for writing and singing originals with a new album (Trying to Connect with You) and tour in 2002. He formed a duo with Joie Frye and they began touring as AverageSoul in 2003.

Joie Frye [Yamini] was born on April 8th, 1951 in Stamford, CT, she was happily the youngest of four children with parents who were serious choral singers. They instilled in her a love of music at an early age. Joie began playing piano at seven, and while growing up, honed her harmony skills singing 1960’s folk-rock with her sisters. During her high school years in New Jersey, Joie was inspired to become a performer after hearing the voice and piano of Laura Nyro, a NY-based singer-songwriter.

Upon taking spiritual initiation from A. C. Bhaktivedanta Swami in 1971, Joie read her teacher’s book Krishna: The Supreme Personality of Godhead, A Summary Study of Srila Vyasadeva’s Srimad-Bhagavatam, 10th canto.

She retold these stories in simplified form as songs for children (Krishna Pastimes, 1996). Joie returned to school for a Music/English degree, that included writing and recording 14 original songs with lyrics, again derived from the bhakti-yoga wisdom tradition—Bhagavad-gita: As It Is.

Michael is now focusing on his solo career, producing music videos and working on new material as well as recreating acoustic renditions of his more classic works. 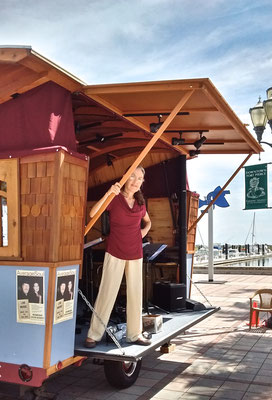 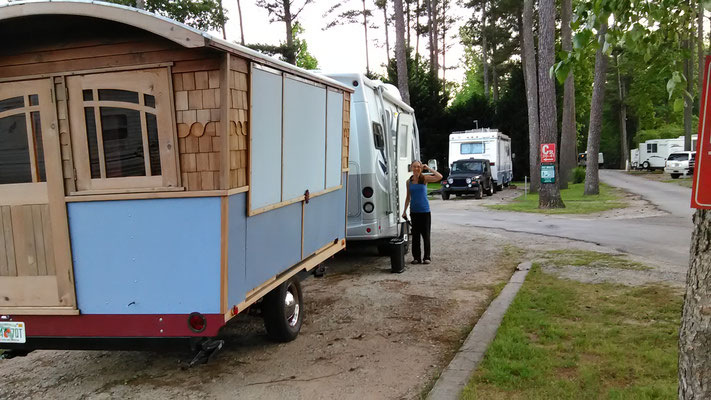 This little Tank is the robot that lets us move our stage to the best possible setting for your outdoor Concert with out disturbing your yard. 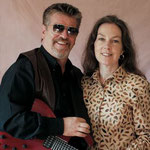 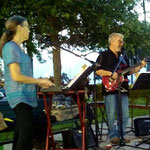 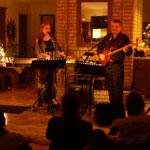 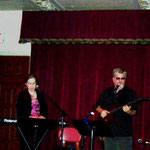 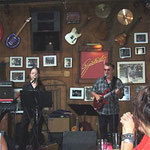 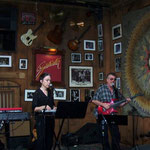 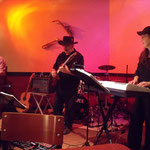 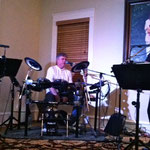 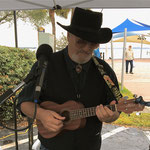 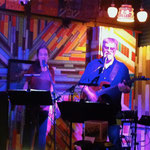 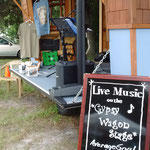 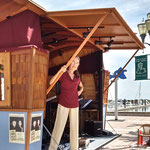 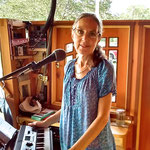 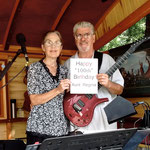 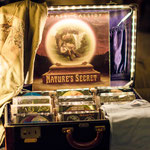 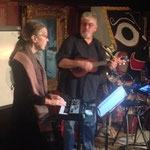 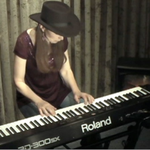 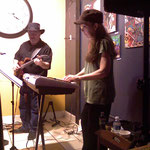 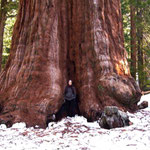 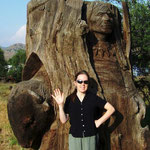 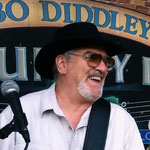 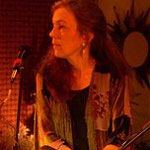 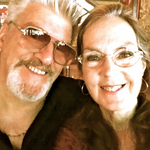 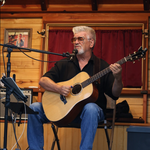 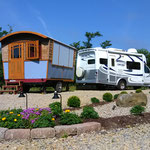